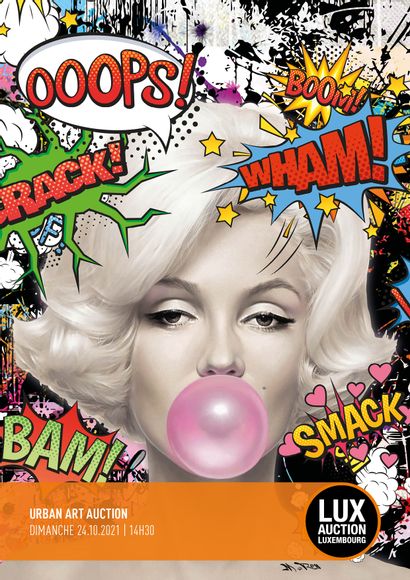 For this new auction, Lux-Auction is pleased to offer you its first sale

to offer you its first auction dedicated to Urban Art.

An artistic movement in its own right, Urban Art, also known as Street Art

characterized by works often ephemeral and committed in public places

which gives it a real visibility and therefore to reach a large public.

Thus, art lovers or simple people, we all know the

Keith Haring's little men are familiar to every New Yorker,

every Londoner is touched by Banksy's balloon girl and every Parisian

During this unique auction, we will have the pleasure to

Banksy, the portrait of Obama by C215, a skateboard signed by JonOne,

the surveillance camera of Ai Weiwei, an original chalk drawing made on a subway

by Keith Haring, the famous Batman by Heydenboy or an American dollar bill