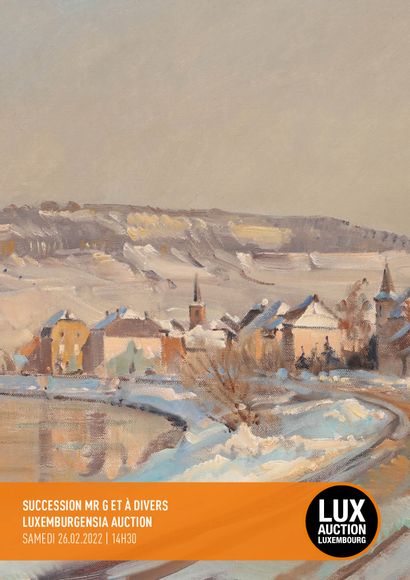 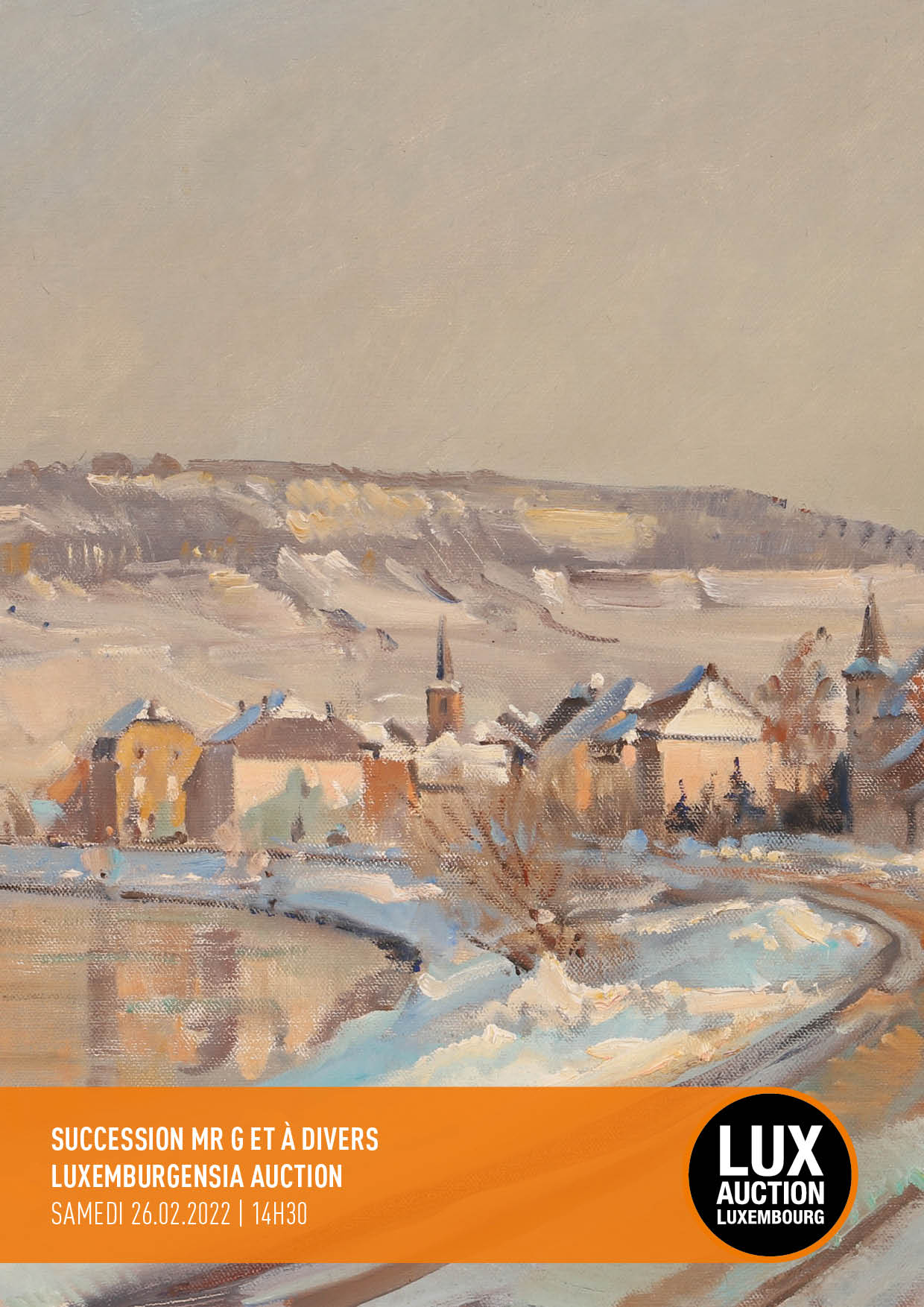 It is with great pleasure that we welcome you for this new year, with a beautiful classic sale dispersing an important Luxembourg collection including paintings with beautiful Luxembourg signatures such as Fernand D'Huart, Jean-Pierre Calteux, Mars Schmit, Lily Unden, Michel Engels, Eugène Ferron, Jean-Pierre Thilmany, Roger Steffen, Guido Oppenheim but above all Eugène Mousset with a magnificent autumnal landscape in lot N°46; beautiful furniture from the region as well as tableware with very nice pieces from the national manufacture Villeroy & Boch.

Famous manufactures of the surrounding regions will also be presented with beautiful vases from the Val Saint Lambert crystal works, elegant services from Longwy as well as charming sculptures from Lalique.

We will have the honor to present you an exceptional piece of French watchmaking in lot 142, it is an important Louis XVI clock by Jean-Baptiste Baillon, received master watchmaker in 1727 he worked for the Court until becoming "Valet de chambre horloger de la dauphine Marie-Antoinette" in 1770. A great craftsman, he also owned in Saint-Germain-en-Laye until 1765, the only private factory in France in the 18th century. He collaborated with the most prestigious bronze and cabinet makers of his time such as Caffieri, Osmond, Saint Germain or Lieutaud.

A small but important collection of Asian art will be dispersed during this auction with the presentation of very beautiful and remarkably carved jade, including a small teapot (lot 120) carved from a single stone.

For sculpture enthusiasts, interesting models in bisque and bronze will be auctioned, including a very beautiful and famous piece by Emmanuel Fremiet "Saint Michel slaying the dragon" which adorns the abbey of Mont-Saint-Michel in France.

auctioneer officiating in the Grand Duchy

of Luxembourg and an accredited expert

to the Chamber of

Experts of the Grand Duchy of Luxembourg.

of reference in Luxembourg and

present for 10 years on the territory

territory, he has opened his own

his own auction house, Lux-Auction,

With your consent, we would like to use cookies placed by us on this site. Some of these cookies are strictly necessary for the smooth running of the site. Others are used to:

Your consent to the installation of non-strictly necessary cookies is free and can be withdrawn or given at any time.

By allowing these cookies, you agree to the deposit, reading and use of tracking technologies necessary for their proper functioning.
Read more about our privacy policy.